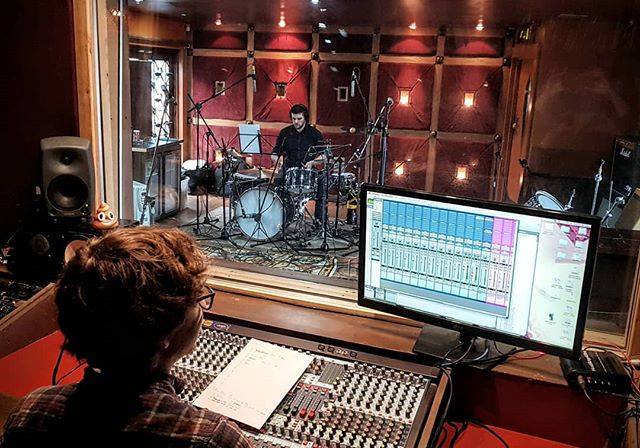 In this first part of a series of blogs I discuss the process involved in how and why I selected the drum kit to be used for a recording session.

I will be open and honest about all of the aspects and issues of this particular studio session and my overall experience of being called upon for session work as I feel it may be of some use to fellow musicians who find themselves being called upon or who are already in the studio environment.

Firstly, I would like to say thank you to The Coaltown Daisies for asking me to drum on their second album.  I find myself in a really fortunate position to be considered as drummer for this album and also being able to choose drums from a collection of drums I’ve hoarded throughout my career.

I had envisaged using my vintage aquamarine sparkle drum kit which I had played on the artists first album back in 2013 (recording studio) and had the kit set up in my music room at home.   After receiving the tracks from the artist I set about rehearsing with that drum kit but as time went on I felt that there was just something not quite right with the kit – something about the kit was not hitting the mark for me whilst rehearsing the songs.

I tried a few different things to change the sound and feel of the kit such as using calf skin heads on the toms, thinking it would offer a nice tonal difference to the previous recordings.  Several types of bass drum heads, mufflers, snare drums and other gadgets started appearing in the music room but the unknown element missing from the sound of the kit was becoming increasingly frustrating.

I had recently acquired a black marine pearl Premier vintage drum kit which I was using in my tuition room and decided to remove the silencing pads and tune it up and as I played this kit more and more it just felt great and sounded fantastic.  I swapped out the aquamarine kit for the black marine pearl kit, which has a larger bass drum and floor tom and replaced the heads with Remo ambassadors.

The matching snare drum for the kit needed a reskin also so I went with what I knew best for these Royal Ace snare drums and that was an Aquarian Modern Vintage head.  This snare drum and head combination provides a focused snap in the centre of the drum and a warm overtone as it’s played towards the outer circumference.

This was definitely the kit for the album so I took it home and swapped it for another vintage kit to be used in the studio whilst the aquamarine kit went into storage until it is needed again. Getting the black marine pearl kit home and set up in our music room seemed to re-ignite a flame in me which helped motivate me to both practice and have fun on the drums. The sound of the drums was of such quality that I felt confident in the overall sound I was producing as I played which in turn boosted my creativity and experimentation in music. 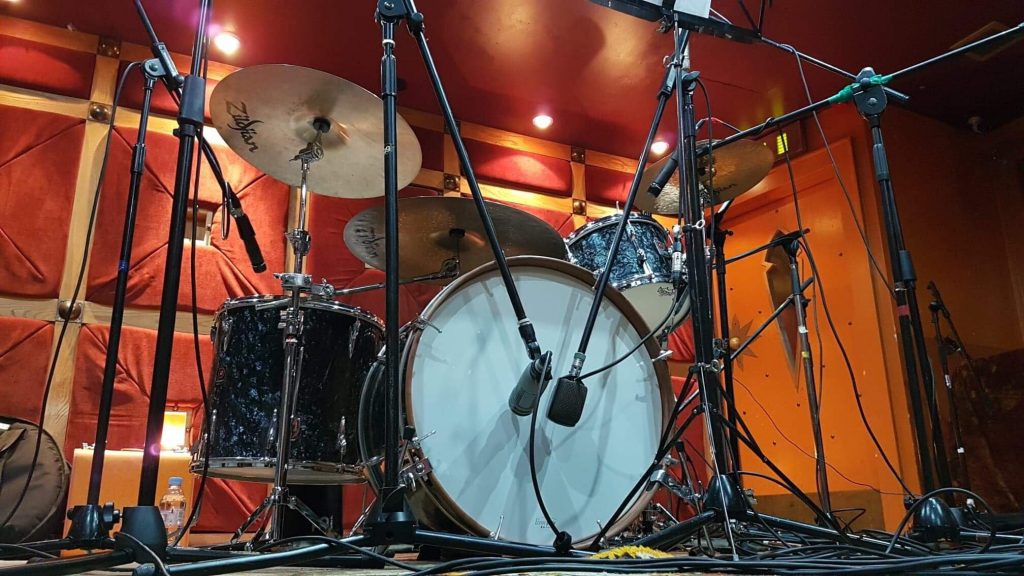 The set up was simple with four drums and four cymbals. This newfound ‘simple and quality’ approach began to have an effect on my work ethic, which in turn felt like it began to light up and energise my performance for the tracks during the rehearsals.

In the next part of this blog I’ll chat about my rehearsal process for the album. All the challenges and how we managed to overcome them.

Thank you for reading my blog – feel free to get in touch with me if you have any questions regarding drumming!