Here you will find information about Scotts drumming career.

Scott is  a drummer with over 20 years of experience performing in a wide range of musical settings – including international touring and studio sessions.

Striving to be the best musician he can be – Scott is passionate and adaptable with a wide range of projects and ensemble experience. 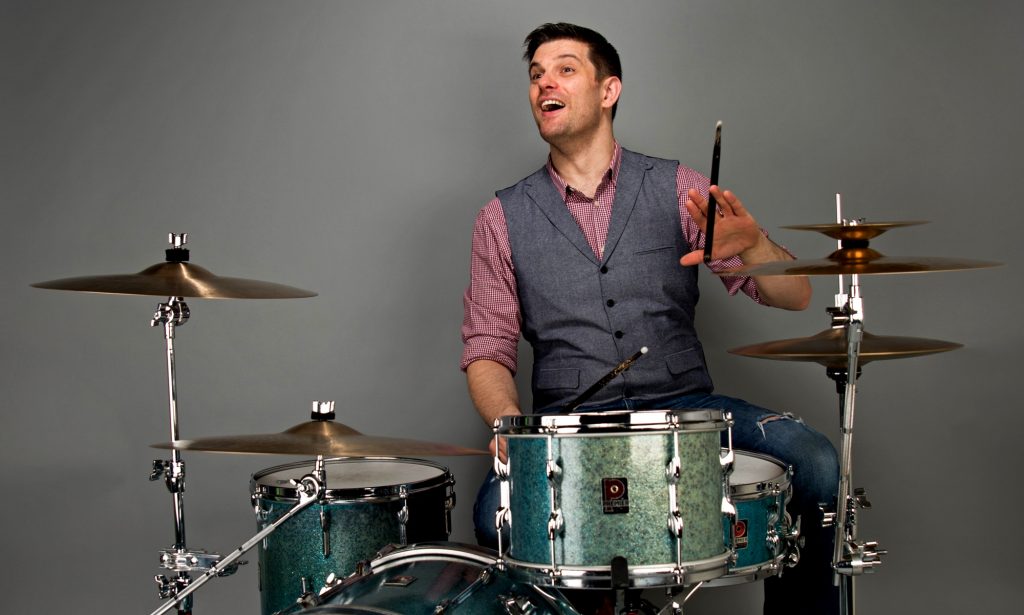 A diverse range of experience coupled with reliability and an ear for ensemble work makes Scott one of the top choices of drummer for artists.

Hi, my name is Scott and I play drums.

Since I was 11 years old and my dad took me to Boys Brigade and showed me a drum roll on a snare drum, I have dedicated my life to being a drummer through and through.
Working my way up through various marching bands, studying under the wing of champion snare drummer Gary Lister, I ventured on to drum kit with the support of my dad who found me my first drum kit (Which I still have!) I started tutoring drums as a youth worker with a community centre in Dunfermline, Fife in 1999 helping lots of drummers realise the benefits of rudimental application on the drum kit.
A relocation to Bristol in 2002 introduced me to the vibrant music scenes of Jazz, Blues, Reggae, Ska and of course Rock music, to which I toured and recorded original music co-written with my best friend Gary Talman across England until the call of Scotland proved too strong to ignore in 2006 where I returned home to record and produce an album of traditional Scottish music with my dad, Brian and his life long friend and infamous accordionist John Mullen (Beggars Mantle Ceilidh Band).
During this time, I tutored drums to hundreds of students in the area both as a private tutor and with the local council. Crafting my skills with several bands, performing across the country with top ceilidh collective – The Jiggers Ceilidh Band and expanding my musical networks, I landed the touring gig with one of the worlds top Tribute shows, Abbamania which took me across Europe and The Philippines from 2010 – 2014.
A chance meeting with Lynzy Moutter (The Coaltown Daisies) in 2006 developed into a professional musical bond which saw the first OXJAM festival in Dunfermline in 2007 raise over £1500 for the charity – I went on to perform on the Coaltown Daisies debut album: This Old House in 2015 and look forward to drumming on the Daisies second musical offering coming in 2019.
Completing a degree in Popular Music at UHI Perth in 2015 where I developed not only musically but professionally and personally. I established an incredible network of musicians and met singer/songwriter/love of my life; Rebecca Connelly, who had returned to Scotland from living and performing in California for over eight years.
Rebecca and I formed an acoustic duo called ‘Side by Side’ and became the resident band for Scotlands top resort Crieff Hydro for over four years, performing music for guests from all over the world every week.
Rebecca and I married in 2017 and have since established an award-winning music tuition studio in Angus and continue to perform across Scotland. Rebecca is working on a new album and has plans to tour with her music in 2019 which I will feature on drums.
I have dedicated my life to drumming – the positive affects coupled with the opportunities which drumming has given me, inspire me every day to share experiences and help people with their drumming – DRUMS FOR LIFE!

With over ten years experience in drumming education – Scott supports  drummers from all over UK.

If you would like to book Scott for a your live gig, recording session or project,  or would like to take a drum lesson please Get in touch

Feel free to follow Scotts Social Media pages for up-to-date news (Links are located at the bottom of this page).